Hurricane Ian makes landfall in Florida, six economic risks are on the line, or up to $ 70 billion in damage 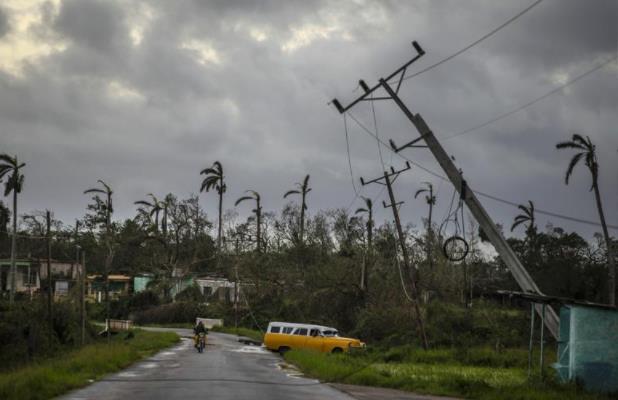 In the past, powerful tropical cyclones like "Ian" have been known to cause lasting damage to homes, crops, coastlines, and industries for a long time after making landfall. Since Florida is the third most populous state in the United States, the hurricane's devastation will be magnified. "Ian may become one of the "most expensive" hurricanes in U.S. history.

Chuck Watson, a geophysicist at research firm Enki Research and an expert in disaster risk modeling, estimates that the damage and economic losses from "Ian" to parts of the United States could reach $45 billion to $70 billion if current projections are kept up.

From the U.S. National Oceanic and Atmospheric Administration (NOAA) statistics, if the damage reaches $ 70 billion, Ian will be the sixth highest scale of damage hurricane in the history of the United States. Florida's governor also said at a press conference on the 28th that "Ian" is a "historic" storm.

The following are the six major economic risks expected to be posed to the United States.

When a hurricane moves across the ocean, it causes a "storm surge," or storm surge tsunami, which can cause significant damage to the coast. The storm surge caused by "Ian" is expected to be as high as 12 feet to 18 feet (about 3.7 meters to 5.5 meters), and the low-lying terrain and shallow continental shelf in parts of West Florida will be devastating to coastal towns.